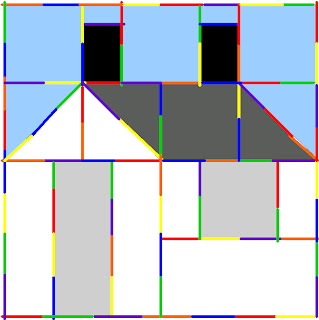 This is what I sketched out in MS Publisher to get a sense of what I was looking to do.  I was thinking that the rainbow would be a strip of 1/4" bits of fabric.

What did I do? Test it out of course. 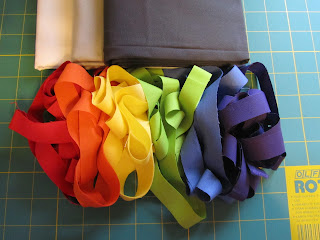 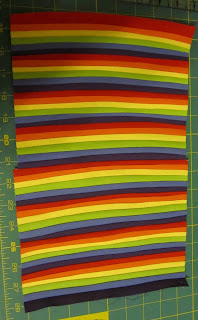 Rinse and repeat until you're left with this: 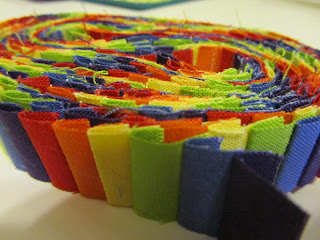 A rainbow strand of fabric.

I was so pumped with where I was going with this, I just continued even further and created this: 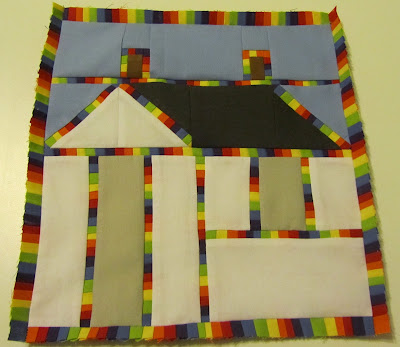 I think I'll add a small border in a light brown. 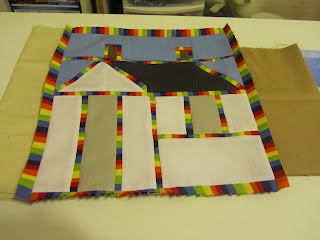 I'm debating between the cream, which is actually lighter than this picture depicts since it was taken late at night, or a light brown.  I'm going to have to sit on this one for a little bit to decide which one I want.

I'm not sure this is really my partner's style for this swap, but I thought it would be fun to try anyway.

Email ThisBlogThis!Share to TwitterShare to FacebookShare to Pinterest
Labels: a quilting jewel, house, modern she made, quilt blocks, rainbow