So, I've always wanted to learn how to knit.  I know how to crochet but have never learned to knit.  Well, things changed and my aunt KK showed me how to knit a couple of weeks ago.  I picked it up fairly quickly, I think, and dove into making my first project, what else, a scarf. 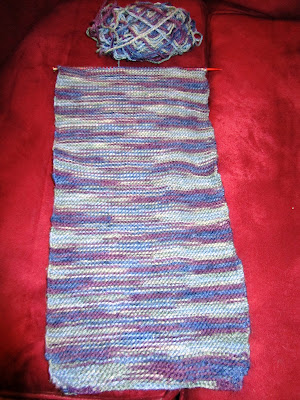 This is my progress so far.  Not too bad for my first knitted project.  The beginning was a bit rough, but I worked through it and I think I have the hang of things down now. 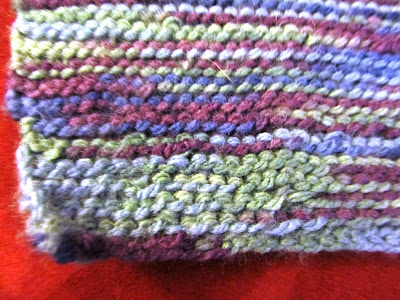 See, not so pretty in some areas. 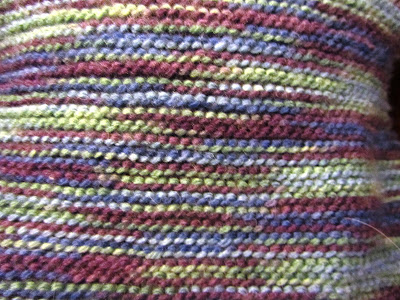 But, I like to think that I've improved as I've continued to knit.  Don't 'cha thing?

I've only been doing a knit stitch for this scarf.  The next one I try I'll use knit and pearl together.
Posted by Jen at 8:34 AM

Email ThisBlogThis!Share to TwitterShare to FacebookShare to Pinterest
Labels: knitting